All together now: ‘I was working as a waitress in a cocktail bar, that much is trueeeeee’!

Last weekend, I caught The Human League in concert and proceeded to write some words about it. In a nutshell, my Human League review covers the same main points made in my previous coverage of the group’s live shows (having seen the ’80s pop pioneers twice before, not to mention at festivals) which is to say that those capital-C Choons are evergreen and even better when played out to a party-ready crowd on a Friday night. ‘Love Action’, ‘Electric Dreams’, ‘Mirror Man’, the list goes on and on – and, although ‘Being Boiled’ is sadly absent, Phil Oakey and his gals deliver the goods.

With Crimbo party season coming up, no doubt this beaut will be getting a few plays…

It’s that time of year where chin-stroking muso list-makers compile their top albums of the year, and Mike Hadreas aka Perfume Genius has a lot to be happy about. His third effort ‘Too Bright’ has become something of a minor hit beyond the indie blogs and core fanbase his first two brilliant albums attracted, garnering five-star ratings all over the shop and ensuring a high spot on many of this year’s ‘best of’ lists.

However good the album is though, the perfect way to experience Hadreas’s music is in a live setting. I caught PG at his recent Birmingham gig and, after a four year wait to catch him live, was not disappointed; stark, stirring and something to behold, Hadreas and band combined stark emotional piano ballads with the new hard edges of rock and electronica that mark ‘Too Bright’. In a word? Genius.

Read my review (and keep in mind my interview with the Genius himself, Mike Hadreas, is coming soon) and then glam it up to the anthemic ‘Queen’ by pressing ‘play’ below.

In her concert at Wolverhampton Civic on Saturday, Paloma Faith acknowledged how she frequently gets labelled with the ‘quirky’ tag due to her outlandish fashion sense and gabby chatshow persona.

Well, I for one think the flame-haired starlet’s single-minded approach to the music biz is what has the interest of many people piqued – especially when her music would be pretty straight-laced if it weren’t for her often oddball leanings.

Find out more of my thoughts on Faith, her music and her Saturday night show by checking out my Paloma Faith live review over at The Music Fix.

In 2010, I shelled out on eBay tickets for a Lady Gaga show in May when I’d seen her perform mere months before in the same city. Post-‘Bad Romance’, she had the pop world in her pocket and her bonkers but brilliant Monster Ball justified the hype: trashy, flashy, eccentric and exhausting, it was nevertheless a tour de force showcase of a premier pop talent. I couldn’t wait to see what she’d do next.

For me, this stretch in 2010 was Gaga’s defining pop moment; she may very well outdo herself and deliver on her promise in coming years, but nothing that has followed has topped Stefani’s ‘Fame Monster’ era. Unsurprisingly, for an artist who changes tack on a daily basis, there have been flashes of that brilliance in everything since – but just as many face-palm faux pas. The meat dress, the Madge ‘Born This Way’ controversy, the pretentious pre-hype waffle surrounding ‘Artpop’ – all of this and more has detracted from someone I still believe is (or at least has the potential to be) the great fucking pop juggernaut who threatened to dominate Planet Pop four/five years ago.

Having skipped the ‘Born This Way’ ball in 2012, only a brief hesitation preceded my purchase of tickets to Gaga’s ‘Artrave’ tour in support of her least successful album to date, ‘Artpop’. Gaga’s pop pursuits have always had a touch of genius about them, with frequent clever references in debt to our pop culture DNA; however, my issue with ‘Artpop’ is that, while two-thirds of it (if not more) stands up as a solid pop album, the hyperbole would have had you thinking it was going to change the world. Gaga is great and her lofty ambitions are admirable, but a song like Bjork’s ‘Hyperballad’ has previously blended pop sensibilities with artistic intentions a lot more skilfully than, say, an ‘Applause’ or R. Kelly duet. Therefore, the album couldn’t fail to disappoint.

That said, catching Gaga in a live environment was an exciting proposition after four years. Could the spectacle live up to the Monster Ball, or would the arty-farty pretensions get in the way?

Thankfully (and I’m sure the free-flowing, overpriced Birmingham NIA beer helped), Gaga’s ‘Artrave’ was a blast. Sure, there’s the semi-dressed dancers, multiple costume changes (everything from seashell bikinis to fishnets-and-bra combos) and all the other OTT frills one would expect, but it’s a blast of a pop concert and ‘Artpop’s overlooked coulda-been-singles sound better live than they do on record. ‘G.U.Y’ is an early highlight, as is the vintage triple-whammy of ‘Just Dance’, ‘Telephone’ and ‘Poker Face’ which is confidently dispensed with just a quarter of the way in.

As ever though, she truly shines – and surprises – when the crazy pop façade is stripped and she sits at the piano. ‘Dope’ and ‘You & I’ display her strengths as a vocalist, and she does her gay pride thang during a piano-and-vox rendition of ‘Born This Way’ when she invites a young fan and his boyfriend to sit either side of her as she pounds the keys. She came in for criticism after ‘Born This Way’, with some of her gay fanbase not taking the song as a compliment and rather voicing their dislike that she’d ‘volunteered’ herself as their defender; her constant references to gay rights and other causes in interviews may come off as annoying, but it’s hard to question her sincerity as she reads the fan’s heartfelt letter then hugs him to her as she belts out her anthem to her little monsters.

The midsection shows off her musicianship, but pop thrill seekers get their money’s worth before the show wraps up. Things get dark and sexy with ‘Judas’, ‘Aura’ and ‘Alejandro’ before she gets all jazzy and pimps out her new Tony Bennett collaboration with her cover of ‘Bang Bang’. Then it’s time for the big finale, when she appears as a dayglo K-Pop raver and brings the house down with ‘Bad Romance’ (surely still one of the best pop singles of the millennium so far) and the off-the-wall ‘Swine’.

So, the consensus? Faith is restored. While the music isn’t exactly breaking boundaries but doing its perfectly fine job of making pop fans dance, the Lady’s formidable presence, charisma and talent (yep, believe it) means her future is still exciting to me. Who knows what she’ll come up with next?

Since catching moody but marvellous trio London Grammar at Wolverhampton Civic this weekend, I’ve been in a bit of a dreamy daze. It’s taken a while for the band’s slow-burn torch songs to take hold of me, but I’m glad I succumbed as these potential xx-usurpers have blended the best elements of ‘Teardrop’-era trip-hop with cinematic strings, glitchy electronics and lead Hannah Reid’s soulful voice to stunning effect.

You’ll have heard ‘Strong’ by now – already inching its way into the repertoire of talent show contenders – and you’ve potentially heard the whole album, considering the Wolves show was one of many sell-outs on the band’s recent UK tour; regardless, here’s my favourite song ‘Sights’ from the band’s debut. Feel the slow burn… 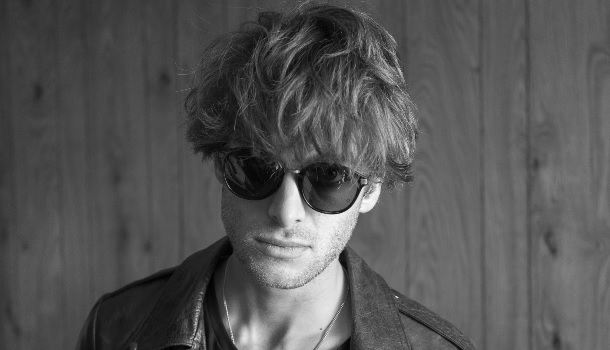 I did the dutiful son bit on Friday night and took Mommy McGeek to the Paolo Nutini show in Wolves. However, it was a belter and I enjoyed (almost) as much as she did, mostly thanks to the souped-up soul and rootsy folk/rock that has made 2014’s third album comeback ‘Caustic Love’ such a great surprise.

You can check out more of my thoughts by popping over to The Music Fix, where my Paolo Nutini live review has me talking moms and music. Or you could just check him out doing his live thang via the vid below.

So, this happened last night… EEEEEE!!! 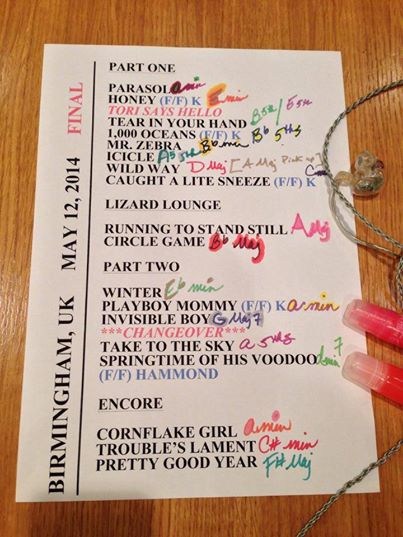 On the same day it was announced she will be releasing the official 2013 Children In Need single, my review of Ellie Goulding’s Wolverhampton show was published online. I’m sure you’re aware which of these is the most momentous occasion.

Check out my review of Ellie Goulding live at Wolves.

Then, check out this picture of Ellie rocking out in her geek glasses – just ‘cuz. Copyright you? Let me know and I’ll add a credit. 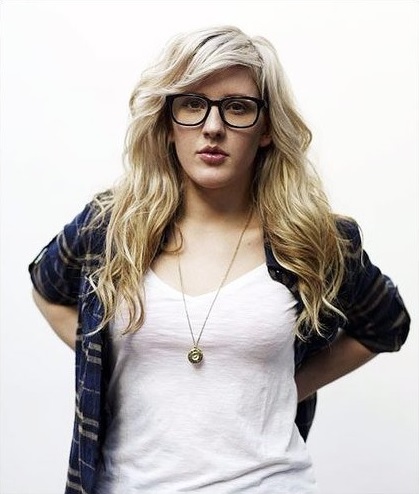