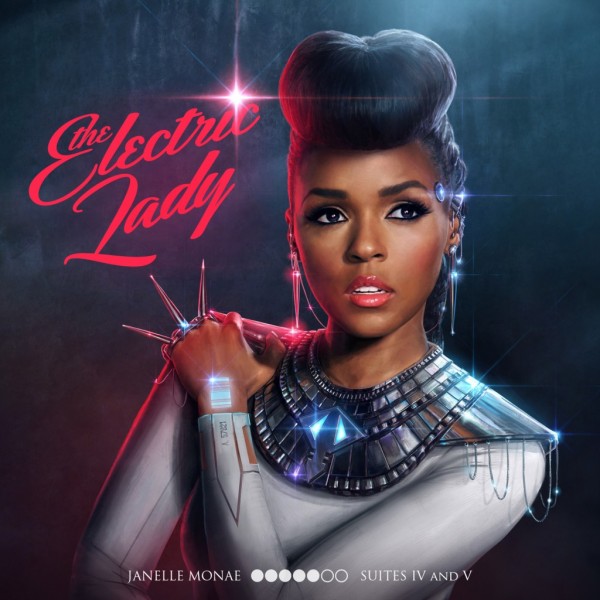 Remember the days when Ziggy Stardust took pop music to the stars and beyond? Not enough contemporary pop music is influenced by sci-fi, so thank the cosmos for Janelle Monae.

The genre-splicing soulstress releases her new album ‘The Electric Lady’ tomorrow and it continues the story told on 2010’s ‘The ArchAndroid’. The new album contains Suites IV and V of Monae’s complex concept, which sees android Cindi Mayweather lead a droid rebel uprising in a futuristic setting inspired by Fritz Lang’s ‘Metropolis’ – and all this is set to a retro-modern soundtrack where pop, R&B, soul, rock and more clash to stunning effect. Plus, Prince pops up on ‘Givin Em What They Love’.

Bowie who?? Check out the mad-as-a-box-of-Mad-Hatters ‘Dance Apocalyptic’ below: